Dr. Omekongo Dibinga: A Challenge to Leaders to Prepare for Courageous Conversations

During these turbulent times, many of us are searching for ways to be part of the conversations taking place on issues related to racism and so much more. In this guest post, WSB speaker Dr. Omékongo Dibinga, a professor of cross-cultural communication at American University, trilingual poet, TV talk show host and positive rapper, issues a challenge suggesting three ways to engage yourself and educate yourself before engaging in courageous conversations. 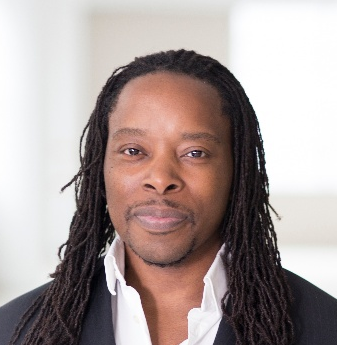 Dr. King said that he would rather see a good sermon than hear one. What he meant by that, in essence, is that talk is cheap and actions speak louder than words. In the turbulent times that we live in today, many of us are searching for ways to be part of the courageous conversations taking place across the country on issues related to racism and so much more. The challenge with looking for a conversation to be a part of is that the search may prevent you from taking real action. Furthermore, searching for an external conversation can prevent you from doing the internal work needed to actually join the conversation from an educated perspective. What I would like to suggest is three ways to engage yourself before you engage in courageous conversations.

You can’t teach what you don’t know and you can’t lead where you don’t go. You certainly can’t lead if you don’t read. Right now is a great time to start reading about the history you don’t know or watching documentaries that have the same affect. In June, many of us celebrated Juneteenth, the day in 1865 (June 19th) where, two and a half years after the Emancipation Proclamation, the last group of enslaved Africans found out they were free. While this is an event I have recognized since at least my teenage years, many across the country only learned about it after controversy erupted when President Trump scheduled a rally on Juneteenth in Oklahoma, the same state where Black Wallstreet was burned down by white supremacists ninety-nine years earlier.

If the Trump speech controversy was the first time you heard about Juneteenth or Black Wall Street, don’t get frustrated. What you have to understand is that everything you learned or did not learn in school was intentional. There’s a reason why many of us believed that George Washington had wooden teeth when the truth is that he used teeth of his enslaved Africans, which paints a very different picture about the cruelty of Slavery and the legacy of the founding fathers. You have to start reading the truth about our history so you can fortify yourself with real knowledge. I created a reading list where you can start to get your feet wet. Starting with just one of these books will help you on your journey along with watching documentaries like The 13th on Netflix,  which shows you a timeline of systemic racism as it relates to mass incarceration. You can even start with the hyperlinks in this article.

Take a stand where you are.

Many of my black friends and I have received messages from non-black friends and colleagues asking how we’re doing or what they can do to achieve justice after the killing of George Floyd. While the messages have been appreciated, I have thought about two ways to respond to that. The first one is to just think about whatever you would do if one of your family members was in any of the videos we have seen and do whatever you would do if it was them. Would you fight for police reform? Would you put pressure on prosecutors? Would you call for the media to make the stories more prominent? One of the challenges I have with my non-black colleagues is that they cannot see our common humanity. When you can see yourself or your loved ones in these images, like many of us do, you won’t need to figure out how to take action. It will be as instinctive as whatever you’re doing right now to protect your family from COVID-19.

The second thing you can do is start watching the company you keep in person or online. Now is the time to start condemning racist posts that people put on your social media pages. Now is the time to start using your platform for sharing information and stories of healing, hope, or even history, that can inform your followers. Now is the time to challenge racist ideas that are brought into your home by spouses, aunts, uncles, parents, or even your children. Even if you don’t have facts to back up your points, you know when something just doesn’t feel right. We talk so much about the barbaric acts of Hitler but many don’t talk about the fact that everything he did was legal because enough people didn’t challenge him and he was able to change the laws. Don’t let ignorance and hate exist in your presence. You may be the one to help someone who is racist change their ways or at least let them know that their sentiments aren’t welcome around you.

Don't beat yourself up.

At the end of the day, guilt doesn’t help you or the cause for justice. Anger doesn’t help you either. We are all products of our environment but we can do the work to make a better environment for ourselves and for our community. Now is the time for reflection followed by action. Now is the time to just breathe, especially for those who can’t breathe anymore. For those of you looking for direct action right now, you can join the movement to get the Emmitt Till anti-lynching bill passed, which has been attempted 200 times in the Senate since 1882 and is currently being held up by two senators. You can join the fight to change the name of the Edmund Pettus Bridge in Alabama. This is the historic bridge that civil rights activists crossed and were severely beaten for it. Well many people don’t know it was named after a racist confederate army leader as well as a leader of the local chapter of the KKK. Were you aware? Again, we don’t what we don’t know.

With all of the challenges we face in this world, this may be the time you were born for. This might be the movement for you, however you define your level of involvement. We need all hands-on deck if we want to make peace possible. I have worked and I am still working with so many corporations, schools, and government groups on how we can leverage our diversity in ways that create communities and work environments where people feel celebrated and not tolerated. We have worked on creating action plans or revising them and so much more. Whether you or I meet in the future or not (I hope we do), I hope that the information I provided for you here can help you get started on your journey or continue your journey. Before you embark in this work as an organization, you have to first do this on your own. Are you ready to be a leader in this in the areas you can lead in? If so, the poem below is one I often share at my events. I wrote it for you! If you’re ready to go, Let’s GO!

The chosen few are the few who chose
To step up and open doors tightly closed
So you call yourself a leader, but what does that mean?
Getting green, turning green, badly running your team?
Sadly killing the dreams of a hopeful team?
Madly willing your ideas, not even listening?
Does it mean you celebrate on election day
Because you can add your new position to your resume?
Can you handle criticism when your peers dis’ you?
Because you don’t care about theirs but only your issue?
Pass the tissue, makes me sad how some leaders let
Power get to their head, constituents they forget
You’re just a leader in name if you’re just searching for fame
For acclaim, it’s a shame why some get in the game
Leadership ain’t for the lame, don’t take it in vain
Time to rethink your position, understand why you came
You see a leader’s someone who listens firsts then speaks
Someone focused on being the change we seek
Leaders understand they represent all people
Don’t do that your leadership will never have a sequel
Do you seek to understand before being understood?
Do you take time to visit other neighborhoods?
We need real leaders to step up to the plate
To take a swing at racism other types of hate
To stomp out bullying, help end genocide
Do your best to help others hold their heads with pride
A leader builds a team, can’t do it all by yourself
And a leader remembers to practice good health
Because you’re no good to others if you’re no good to you
So let me ask you again, is leadership in you?

Dr. Omékongo Dibinga is a professor of cross-cultural communication at American University, trilingual poet, TV talk show host, positive rapper, and WSB speaker. He delivers a high energy message that is grounded in one central idea—we have more in common than we know and if we harness those commonalities, we can truly find common ground in uncommon times.

Martin Lindstrom: How to Turn the Corona Virus Weakness into an Amazing Strength