Peggy Grande was President Ronald Reagan's executive assistant. Here's what she says about working with one of the greatest political figures of our era.

Hand-selected by President Ronald Reagan himself, Peggy Grande worked at his side as his executive assistant for ten years. Together, they formed a partnership that transcended their roles.

Working closely with one of the greatest political figures of our era afforded her unfettered access to history in the making. Through her unique position, Grande got to know the real man — not just the president.

We spoke with Grande, the woman who sat directly outside Reagan's office every day for a decade.  She reveals the life-changing lessons she gained from being the gateway to the president.

1. Tell us about your time working with Ronald Reagan. What leadership lessons did you take away from being at the helm?

I had a front row seat to history and was blessed to learn directly from the Great Communicator himself. I learned not from a list of tips he gave me, but by watching how he led, how he lived, and how he positively impacted the lives of others — without even realizing he was doing so. He was a man of consistency and discipline — traits I witnessed behind the scenes when he thought no one was watching. But I was always watching (that was my job!) and here's a few of my big takeaways from my decade as Ronald Reagan's Executive Assistant:

As a young person I thought that you had to decide whether you were going to be strong and successful professionally or kind and civil personally. Reagan showed us that you can be both. No one questions his fortitude — after all, he went toe to toe with the Soviet Union, yet managed to also embody a graciousness and warmth along with that strength.

I learned that diplomacy isn't just something for the State Department or foreign service. Diplomacy "the Reagan way" centered on relationships, not rhetoric, and was always very personal, not exclusively political. Even post-presidency, leaders came from all over the world to continue the friendships they had with Reagan. They didn't need to come for protocol or diplomatic reasons — they came because they wanted to.

Optimism goes a long way. Certainly as president, he needed policies and actions that would support his vision for America. But when he took office on day one, he began using entirely different language — "It's Morning in America," and, "America's Best Days are Ahead." He made us as Americans believe in ourselves again after the malaise of the 1970s. He tried to get government off the backs of the people and unleash their ingenuity and entrepreneurial spirit. Once again, the people were empowered to build, grow, dream, and expand. 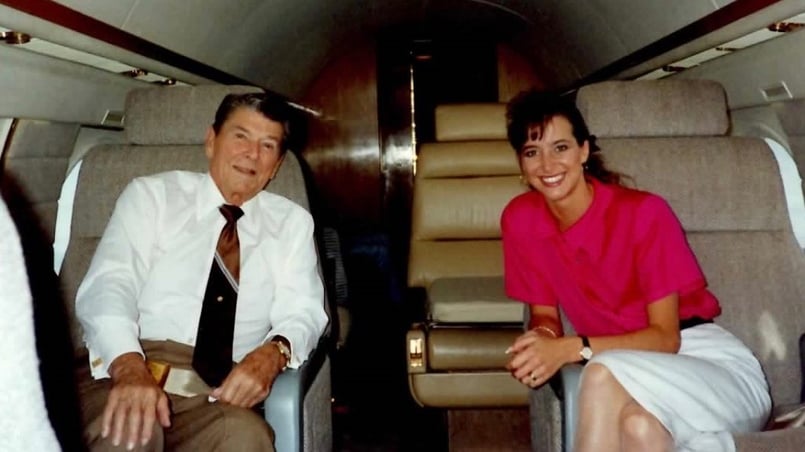 2. What tips do you have for those seeking to create their own personal impact and lasting legacy?

Ronald Reagan's relevancy today is not based on the fact that he is gone — we look back at his life with admiration because of how he lived. For all of us, his example is a great reminder that our legacy isn't something that is written after we are gone, but is something that we are writing with every day of our lives. We all should seek to live and to lead as if our legacy depends upon it — because it does.

What is the story of your life and what do you want it to be? If those are frightening questions to consider, realize that can change today. The way you will be remembered is the way you live. It echoes the story you tell about your own life and circumstances.

Reagan was born in a small town in central Illinois in the midst of the Great Depression to a family that was very poor. His father was an alcoholic, and if you looked at the prospects for his life as a boy, you would have felt pity for him. But his mother, Nelle, was a great woman of optimism and faith who raised him to believe that there was life, value, and purpose for every person.

Reagan chose to define his circumstances rather than allowing them to define him. He also embraced his early life experiences. He never saw his start in life as being something he needed to overcome. Instead, he saw it as the very foundation for all he eventually would become.

Are we allowing our past or our life circumstances to define us? Or are we actively choosing to define them? Do we see limitations or challenges solely as something we need to overcome? Or as the very foundation for all that we ultimately will become? The impact and legacy of our life is ours to choose in how we live every day. How we frame, shape, and talk about our past and our future defines our legacy. 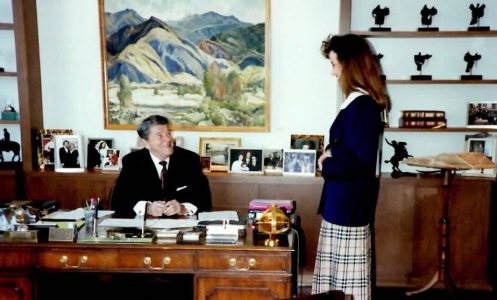 3. What do you want people to most consider at this unique time in American politics?

Perspective. Whether your side, your candidate, or your party wins or loses, it's important to keep perspective. Politics is just one aspect of life. While it is vitally important, it is often fairly remote and removed.  It doesn't dictate our every motion of daily life. Keep doing the things that are important to you and that keep you grounded in your values and priorities. People often say that we've never had such a tumultuous and divided time as this. I disagree. The Civil War caused brothers to bear arms against each other, not just lob hateful words. So perspective is important, as is continuing to live life and pursue the things that are priorities to you, your family, and your community. Future elections will once again give you an opportunity to vote for ideas and for people with which you agree and align.

Patience. Many claim to want civility and demand respect, but often are unwilling to give it. Be patient with those around you who have different points of view or with whom you disagree. Be tolerant and civil first if you want and expect tolerance and civility from others. Take the lead on acceptance of those with opposing views, seeking to listen and understand first, before demanding to be listened to and understood.

Participation. Every citizen should be exercising their right to vote and should be an informed citizen as they go to the polls. Whether it's a presidential election year or a vote for the local city council, it is vital that you make your voice heard. If you aren't registered to vote, or are, but don't go to vote, it's difficult to justify complaining about election outcomes. We need to be engaged in healthy, ongoing debates, asking questions, meeting candidates, studying the issues, and ensuring that the America we want for our future is the America we get.

Looking for a fresh perspective on leadership? Connect directly with Peggy Grande to start a conversation.

Bring the Magic to Your Next Event with Bill Herz