Yancey Strickler: How a real-life role-playing game helped me get over a creative block, and decide my future

The Kickstarter co-founder explains how tapping into an alter-ego helped him take a big leap to write a bold book. 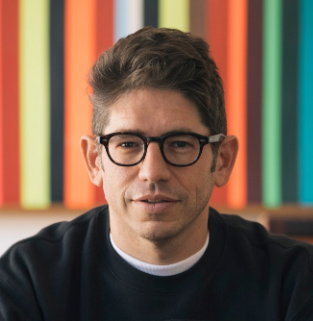 Yancey Strickler is a writer, entrepreneur, and speaker. ...

Two years ago I left my job.

After a decade of working obsessively on one thing, I wasn’t sure what to do next. As I struggled with this, it occurred to me that while this question put me in a state of personal paralysis, I was very experienced answering it in a different context.

I’d spent years making strategic plans for my company, Kickstarter — expanding our mission to bring creative projects to life, pushing ourselves to consider the impact of our decisions on society, not just the size of our profits.

What if I approached my own future in a similar way? What would happen if instead of asking what I as a person should do, I tried answering what Yancey, Public Benefit Corporation, should do?

Despite normally being allergic to these things, I spent a week applying brainstorming methods, frameworks, and other corporate strategy tools to myself. What were my strengths and weaknesses? What were my opportunities? What were my blindspots? I filled a notebook with responses. Deciding to embody a corporate version of myself was surprisingly fruitful.

By the end of my experiment I’d sketched out five potential paths. But were any of them “right”? How could I be sure? Taking a page from Konstantin Stanislavski — the inventor of the “Method” of Method Acting, in which actors experience their roles — I tried living out each possibility first.

I devoted the following week to a kind of real-life role-playing game.

I devoted an entire day to experiencing each of the five paths.

Option one was to be a freelance journalist (as I was before), so I spent that Monday acting as if that was what I did. I came up with story ideas, researched who to pitch them to, tried writing one, and so on. I imagined doing this over a longer stretch of time and what that could entail.

All week I used the technique to explore various options. Including whether or not to write a book. When I imagined that as my job — what I would write about, whether I had the discipline to write it, and so on — I felt a surge of energy missing in the other experiments. My body’s response was clear: this was the right choice.

I probably could have come to this conclusion without the Method-like process. There were plenty of reasons why writing a book made sense. But a more analytical decision-making process wouldn’t have produced the conviction I felt. It wasn’t logic that set me on this path, it was a feeling that did it.

Stanislavski echoes the importance of feelings in his book, An Actor Prepares.

“When you begin to study each role you should first gather all the materials that have any bearing on it, and supplement them with more and more imagination, until you have achieved such a similarity to life that it is easy to believe in what you are doing. In the beginning, forget about your feelings. When the inner conditions are prepared, and right, feelings will come to the surface of their own accord.”

— From An Actor Prepares

I hadn’t yet read these words when I undertook my experiment, but this is exactly what I did. I researched each path, supplemented what I learned with my own imagination, and listened to the feelings that organically emerged. As if I was baiting my subconscious to see what signals it would send back.

Conventional wisdom around decision-making today is to Disagree and Commit. Debate the options, decide on one, and then stick to it. Stanislavski’s process is more like Commit and Decide. Commit to fully experiencing the potential outcomes and then decide which one to pursue. I like to call it to "Method Deciding."

Not only does this awaken our subconscious, it can also produce a new state of mind.

Committing to the Alter Ego

One of the most fascinating examples of "Method Deciding" involves the Beatles.

It was 1966. The single year in which the Beatles released Rubber Soul; wrote, recorded, and released Revolver; wrote and recorded “Strawberry Fields Forever”; and wrote and recorded part of Sgt Pepper’s Lonely Hearts Club Band. Perhaps the single-greatest artistic year in history.

Even more surprising for a year of such extraordinary output? It was the first year the Beatles went on vacation by themselves.

For his holiday, Paul McCartney decided to drive across France and Spain by himself. Paul didn’t want Beatlemania so he changed his appearance for the trip. He slicked back his moptop with Vaseline, wore glasses, and put on a fake mustache as a disguise.

Amazingly, it worked. Paul successfully traveled incognito. For the first time in his young adult life, Paul didn’t have to be Paul McCartney of the Beatles. He could just be a person. It was revelatory.

When Paul got back to London, he called the other Beatles and told them what happened. Paul had already thought a step further, too. He told them they shouldn’t make another Beatles record. They needed to change their identities and experience the freedom of being someone else.

“I thought — let’s not be ourselves,” Paul told an interviewer years later. “Let’s develop alter egos so we’re not having to project an image which we know. It would be much more free. What would be really interesting would be to actually take on the personas of a different band.”

This idea was the inspiration behind Sgt. Pepper’s Lonely Hearts Club Band. Even the Beatles were transformed by the experience of becoming somebody else.

Soon, this concept of "secret identity" would play a pivotal role in transforming my own mindset.

Just weeks after I’d signed a contact to write the optimistic book about the future I’d imagined during my role-playing experiment, I was sprawled out on the couch complaining about it to my wife. Now that I was committed to writing the book, I was struggling under the weight of what I’d proposed.

She wasn’t having it. “Whatever it is you need to do to get over this” — she gestured at my defeated posture — “you have to do it. Because what you’re doing now? It isn’t working. And it isn’t going to work.”

I was stunned by the directness of what she said. And the truth of it. She was right: wondering whether I could do it wasn’t getting me anywhere.

As I replayed her words, my mind flashed to Paul’s story. Suddenly I knew what to do. I looked at my wife.

“I have to grow a mustache.”

The clean-shaven, good-guy version of me struggled to express the bold ideas the book demanded. But somehow I was certain that the person who could had a mustache. Someone too busy scheming to worry what anybody else thought.

I had to trick myself into becoming that person, and a mustache was the vehicle. As the mustache grew so did my confidence. My old fears faded and a new outlook took their place.

Finding the Truth in Our Choices

During the filming of Marathon Man, Laurence Olivier learned that his costar Dustin Hoffman, a Method Actor, hadn’t slept the night before to be closer to his character’s physical state. Olivier told him: “Try acting. It’s so much easier.”

Olivier wasn’t wrong. It is easier to act than to experience. But if we only act, how sure are we of the truth of our choices?

Stanislavski designed the art of experiencing after his own struggles as an accomplished actor. After disappointing himself with inconsistent performances, Stanislavski began self-examining with a more critical eye. This ultimately led to a personal process of experience and embodiment that allowed him to get over himself and honestly explore other ways of being. This is the path all Method Actors follow today.

Method Acting and my Method Deciding bastardization are a kind of emotional and experiential exercise. They force us to confront our tendencies, our need for safety in the face of the unknown, the ways we retreat to feel secure. I’ve struggled with these things my whole life. Maybe you have, too.

Left to our own devices, we play the same roles day after day. It’s so easy. But what opportunities do we miss by limiting ourselves to being “ourselves”? Is there more to our story?

We can all learn from becoming somebody else.

Break the limits of your current mindset. Bring Yancey Strickler to your next event, and see the world in a new way.

Yancey Strickler is a writer, entrepreneur, and speaker. He is also the co-founder and former CEO of Kickstarter. Yancey has been recognized as a Young Global Leader by the World Economic Forum and one of Fast Company’s Most Creative People. His book 'This Could Be Our Future: A Manifesto for a More Generous World' is on bookshelves now.